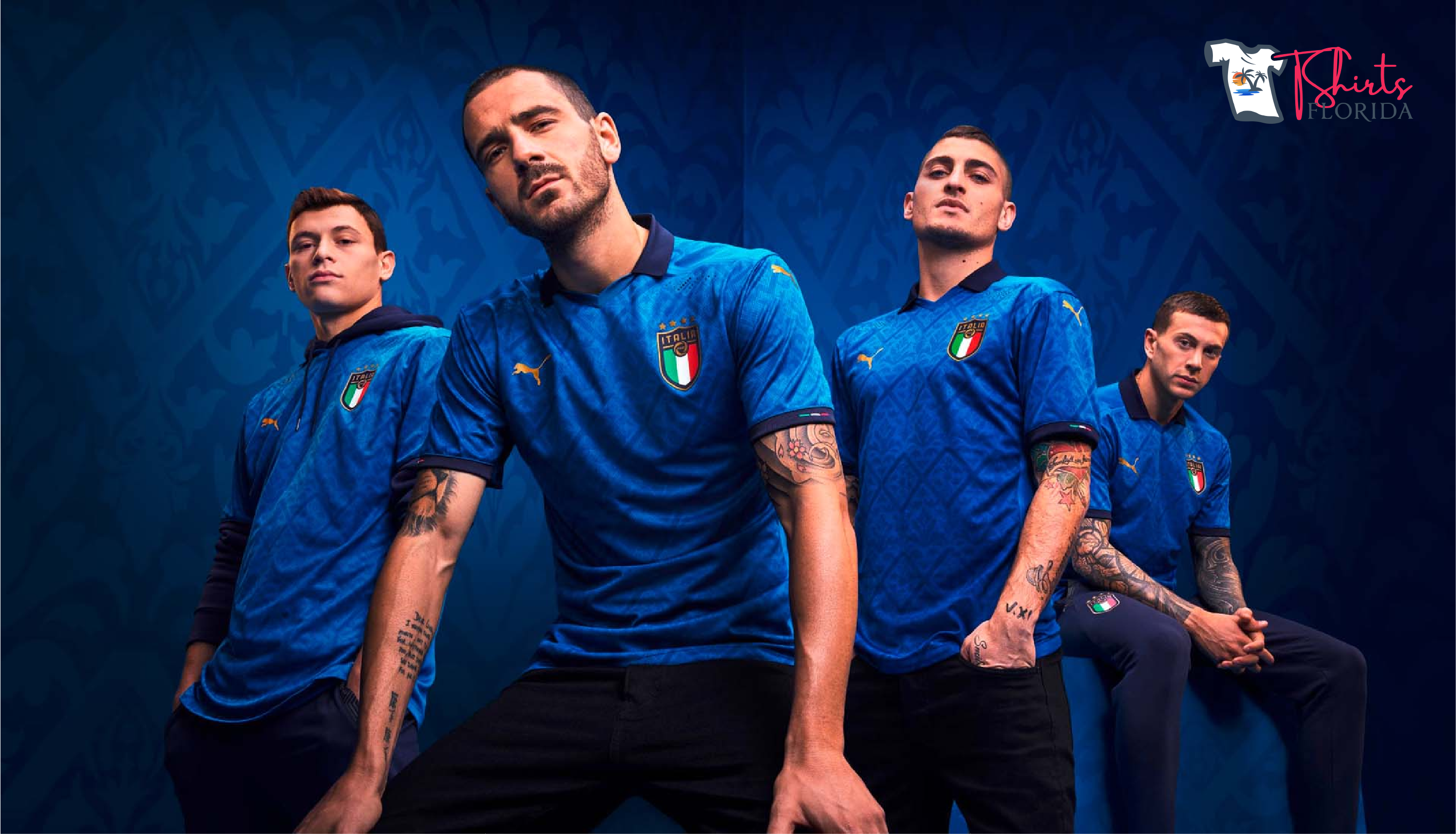 The new Italy shirt was presented a few days ago in his own country. The European soccer champion decided for the second year in a row, to give small changes to its image. ¿The intention? To make their players feel much more comfortable and lighter.

Let us remember that the designs of these shirts are not only accompanied by changes in their appearance; but in the technology of its fabrics. And that is precisely what the shirt of the Italian team brings for this 2022, innovation, style and quality.

The new shirt for Italy is Puma, like the one that still remains in force. We could see it on the last October 6th. If you watched the game against Spain in the semi-finals of the league, then you witnessed the first catwalk. Right there, the slight, but noticeable change in its design could be noticed.

The new jersey comes with a different collar compared to the one in the last season. The dark edge that protruded from the overlapping cut is no longer present in this uniform. The protagonist of this edition is the “v” neck, accompanied by a navy-blue vertex.

Also, its sleeves. This time, its cuffs were widened, making them thicker, but not heavier, also a navy-blue hue. But in addition, the stripes with the flag of the Azzurra country were removed from both sides of the sleeves.

Although the Federation had already modified the shield, in the official clothing of this year, the previous one is still reflected. Of course, it continues with its predominant klein blue color, although now a little brighter. It also preserves its rhombuses and Etruscan graphics that are reflected against the light.

The azzurris bet on Ultraweave technology

But what is really fascinating about the Italian shirt is the incorporation of the Ultra weave. This is a technology used to make the fabric more elastic and lighter. Without a doubt, it has been the great bet of the most important and popular sportswear brands today.

This technology offers special features that make this jersey considered the lightest in Puma’s history. It barely weighs 72 grams, almost 50% less than what a jersey of the most outstanding football teams weighs.

To achieve this, Puma worked with only 2 panels, thus reducing the number of seams. By removing the flap, the weight of the shirt was also reduced. In addition, it managed to apply a new technique in logo printing, thus reducing other grams to the jersey.

In this case, the brand captured, with the help of heat-sealing technology, each textured rubber logo; as always, on the left side of each shirt. This t-shirt printing process was repeated with the numbers and surnames of each player.

Innovation is also present in the new Italy jersey. When stretched, you can see its ability to extend in 4 directions, without keeping that width or breaking. This is due to the magic of ripstop, a textile that prevents tearing.

The women’s team is also the protagonist of change

But this new shirt from Italy and its technology has not only been made with the reigning champions in mind. The women’s team has also been part of this change. It even made its first appearance this October in the modern uniform against Lithuania.

There is no doubt that just as Italy did, other clubs will experiment with technology for 2022-2023. So, if you liked the new model of the Italian Ultraweave shirt, you can go to any Puma store.

Or if you prefer, you can get it at the Italian Federation’s own store.

But if you also want to have your own personalized shirt, take it to a clothing printing company. There you can stamp your name and give one to each member of your family. Without a doubt, they will be the most original in this new championship.

International T-shirt Day and its origins